"When I was 32 I ruptured a disc in my lower back, picking up something I should have known I could not lift. I was scheduled for surgery without being consulted, and the doctors were in disbelief when I said I wanted a second opinion from a Chiropractor! Yes I was in a huge amount of pain, but with Chiropractic care eventually I got better.

Rupturing the second disc in my lower back came about 15 years later. Lifting something I should have known I could not lift! This time I was consulted and agreed to surgery. I started seeing a Chiropractor and nine days before the surgery, I thought I was starting to feel better. The surgeon recommended we put off the surgery until I was sure, because the surgery had only a 50 – 50 chance of improvement and the AMA was considering whether or not to discontinue the procedure. I never had the surgery.

This Spring at the ripe age of 64, I ruptured the third disc in my lower back and requested surgery. I was told I could lose my left leg, if I did not lay flat and was on morphine for three weeks. The paperwork was sent in for the surgery, but sent to the wrong doctor. When I would call to find out what was being scheduled, I was told the doctor had not had the time to get back with an answer. Finally the paperwork error was realized, but again with Chiropractic care I started feeling better about a week before seeing the neurosurgeon at Duke. Once again he recommended I wait and see.

When I was 55 I had a pinched nerve in my neck that caused my right peck muscle to go flat. I had three nerve conduction studies, three MRIs, one milligram where I signed a form stating one out of 50,000 people die from the procedure. My only thought was that was far better odds than trying to win a lottery! With all the medical help nothing was found, the bills were enormous; the muscle was flat and the pain horrible. The injury was discovered with Chiropractic care! With routine Chiropractic maintenance, I am able to lead a normal life and even enjoy skiing and hiking. I believe with medical or surgical intervention, I would have lived a limited lifestyle. My life has truly been blessed with Chiropractic care." 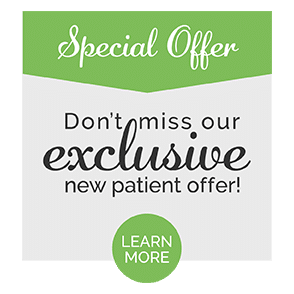